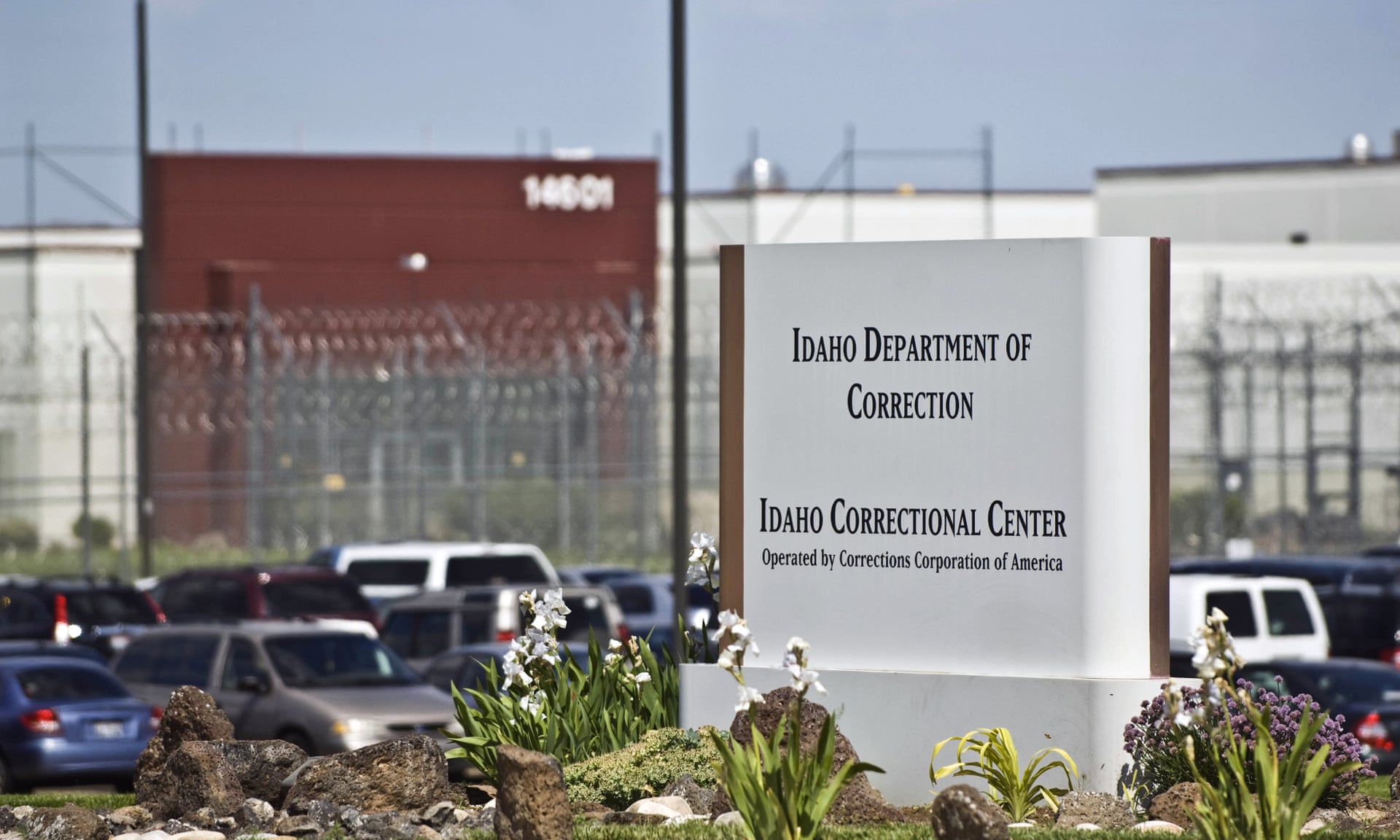 Individual investors in US private prisons are poised to collect their most lucrative earnings ever thanks to changes in the tax code signed by Donald Trump, continuing what has been a banner year for the industry since the 2016 election.

“It’s going to be great for the investors, banks and hedge funds that own shares in private prisons, and are dependent on increased incarceration and criminalization,” said Jamie Trinkle, campaign and research coordinator with the racial and economic justice coalition Enlace.

Corecivic, formerly Corrections Corporation of America (CCA), and the Geo Group, which together own more than 80% of private prison beds in the US, both restructured as reits in 2013 after a private letter ruling by the Obama Administration IRS green-lit the change.

“This tax act is of unprecedented benefit for reit investors,” said David Miller, a tax partner at Proskauer Rose. “I think reits will explode in popularity as a result of this act.”

With dividends of more than 0m paid out by the two major private prison companies in 2017, in theory, prison investors could see an additional m in dividend earnings next year, thanks to the GOP legislation. The actual figure will be lower than that, however, as some proportion of those shares are owned by institutional investors which are taxed differently from individuals. The exact breakdown between the two is not available in public filings.

Even without the new lower tax rate, the reit classification was already a huge boon to the private prison industry. Before converting to a reit in 2013, Corecivic was subject to a 36% corporate tax rate. After the reorganization, it reported paying an effective tax rate in the first quarter of 2015 of just 3%.

Lauren-Brooke Eisen, an attorney at the Brennan Center for Justice, said: “The way they are able to get away with that, is that they’re not allowed to keep a lot of cash on hand, they have to give it back to investors though dividends. But it allows them to have an incredibly low tax rate.”

According to Eisen, prison companies have essentially argued that renting out cells to the government is the equivalent of charging a tenant rent, thus making such business primarily a real estate venture. In her new book, Inside Private Prisons, Eisen examines the way this classification has boosted industry earnings.

Oregon Democratic senator Ron Wyden, a ranking member on the finance committee, has called the use of the reit structure by prisons “unfair” and “unjust”. In 2016, after being pressed by Enlace, he introduced legislation to end such practices. The bill was reintroduced this year but it has yet to make it out of committee and is not likely to do so any time soon.

A CoreCivic representative told the Guardian that, in their view, “there are far more pressing matters for Congress to pursue” than the reit tax classifications. The Geo Group added they are “treated exactly the same as other real estate investment trusts without any special tax treatments or loopholes”. The point that activists make, though, is that treating prisons as real estate is a loophole.

Sixteen months ago, the outlook for private prisons seemed bleak: that was when the Obama Department of Justice announced it was phasing out their use. That announcement followed the release of a scathing government report, which concluded that private facilities were less safe than government-run ones.

By February, Trump’s first full month in office, it had become clear that the new administration would discontinue Obama’s efforts to shrink the size of the US prison population. One of Jeff Sessions’ first acts as attorney general was to undo the DoJ directive phasing out private prisons. That month the two companies each reached two-year stock highs.

The tax bill gift to private prison investors mirrors the cosy relationship Trump has had with the industry overall. After years elsewhere, in 2017 the Geo Group hosted its annual leadership conference at the Trump National Doral golf club in Miami. The company also gave nearly half a million dollars to Trump through his inauguration committee and Super Pacs. Shortly thereafter, it secured the administration’s first contract for an immigration detention center, a deal potentially worth millions.

Despite all that momentum, though, Jamie Trinkle at Enlace still sees a potential for organizers to stem the resurgence of private prisons. Divestment campaigns have successfully pulled more than bn out of banks (principally Wells Fargo) and other organizations that invest in the industry.

“Since the tax benefit goes directly to the investors, I think the divestment work actually becomes more important as a way to fight back and stop the flow of capital,” Trinkle said.

‘Google’ is most searched word on Bing, Google says

The top entry on Microsoft’s Bing search engine is for its rival Google, Google has said.

The claim was made in court, as Google made its case to appeal against a €4.3bn ($5bn) fine from the European Union for abusing its market power.

The EU accused Google of using Android’s success in the smartphone market to make Google the default search engine.

But Google says its service is simply the most popular.

“We have submitted evidence showing that the most common search query on Bing is, by far, ‘Google’,” lawyer Alfonso Lamadrid told the EU General Court, as first reported by Bloomberg. “People use Google because they choose to, not because they are forced to.

Annual house price growth of 10% or more has been recorded for each of the past five months, according to data from the Nationwide.

The UK’s largest building society said that prices in September were up 10% compared with a year earlier, a slight slowdown from 11% in August.

The double-digit rise was driven by recent activity in Wales and Northern Ireland, the lender said, with London still seeing the slowest growth.

A recent report by the Office for National Statistics (ONS) said that people in tourist hotspots – which have become increasingly popular for relocating buyers – were at risk of being priced out of buying a home in the areas where they worked.

“Raising a deposit remains the main barrier for most prospective first-time buyers. A 20% deposit on a typical first-time buyer home is now around 113% of gross income – a record high,” he said.

Fuel is being diverted from large firms in the UK to garage forecourts in a move that could threaten to disrupt online deliveries, The Telegraph reported on Wednesday.