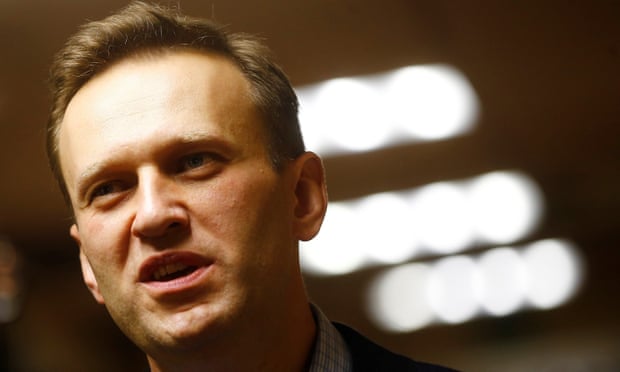 Russia’s supreme court has upheld a ban on the government critic Alexei Navalny from running for president, a decision he has vowed to respond to with nationwide protests.

“We don’t recognise elections without competition,” Navalny wrote on Twitter after the ruling on Saturday. He did not attend the hearing, which his lawyers say they will appeal against at the European court of human rights.

The ruling was widely expected and came after Russia’s central election committee said on 25 December that Navalny, 41, was not allowed to stand for public office until at least 2028 because of a previous fraud conviction.

An anti-corruption lawyer with a huge online following, Navalny says the charges were trumped up to prevent him taking on Vladimir Putin in the presidential election in March. He says Putin, who has been in power for 18 years and is widely expected to win re-election, is only prepared to face handpicked rival candidates.

Navalny has called for mass demonstrations on 28 January and asked his hundreds of thousands of supporters to boycott the election. He has brought tens of thousands of people onto the streets across Russia for anti-Putin protests twice in 2017. The Kremlin has said Navalny’s calls for an election boycott may be illegal.

Although he is currently polling at around 2%, Navalny says he would defeat Putin in “honest elections” if he were allowed to freely promote his anti-corruption policies.

The Kremlin critic, who is barred from state television, has been jailed three times in 2017 as he campaigned across Russia in a bid to force his way onto the ballot. He was also nearly blinded when a pro-Kremlin activist threw a chemical into his face.

Putin has never publicly referred to Navalny by name , but he said earlier this month that he was a dangerous influence whose calls for protests could plunge Russia into the kind of chaos that engulfed Ukraine after anti-government demonstrations toppled its Moscow-friendly president in 2014.