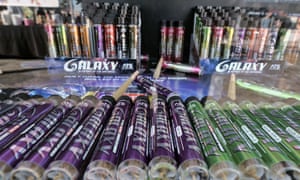 This article titled “New year, new rules: what changes around the world from 1 January” was written by Mark Rice-Oxley, Richard Nelsson and Guardian correspondents, for theguardian.com on Monday 1st January 2018 06.00 UTC

Saudis and Emiratis will pay more tax, the Swiss will pay less, Brits will start taking more expensive train journeys and China will stop taking in the world’s rubbish.

These are some of the changes that will take effect as the world ticks over into a new year.

In the US, New Yorkers will receive a more generous family leave entitlement, and more than 40 years after the summer of love, Californians will from New Year’s Day finally be able to buy marijuana legally for recreational purposes. Some national parks will be more expensive to visit.

However, budding consumers may hit a snag, as state and local governments are still trying to figure out how to regulate cannabis, so few dispensaries will likely be ready to open their doors.

It is all change at the helm of the world’s big trading blocs and axes, as Bulgaria has its first crack at presiding over the EU council – a chance for the EU’s poorest member state to chair meetings and set its agenda.

Argentina, meanwhile, takes over the G20 presidency (its president, Mauricio Macri, has a thing for education technology and women’s access to finance, so watch out for these to be themes of his year in charge).

Valletta in Malta and Leeuwarden in the Netherlands will start to enjoy being European capitals of culture.

Elsewhere, it will be harder to become Swiss, and more expensive to stay in Greece and Hawaii because of new tourist taxes, and if you are driving in Ukraine, you will find urban speed limits reduced from 60km/h to 50km/h.

Finland may be about to get a little boozier, as stronger alcohol is allowed in grocery stores. Seattle, meanwhile, will step up the battle against obesity with a sugar tax.

Perhaps one of the most striking changes, with global implications, is China’s decision to stop importing a wide range of plastic and other waste. China has long been a repository for waste materials from around the world, as its hungry economy hoovers up all the resources it can get.

In 2016, China imported 7.3m tonnes of waste plastics. Developed countries will need to figure out what will happen to all those jettisoned bottles and containers.

This is not the only new year regulation that will affect the environment. In London, all new black cabs must be able to run on electric power, which is aimed at reducing high levels of nitrogen oxide and tiny particles in the air.

In Europe, all gas and wood-burning stoves must comply with strict emissions and energy efficiency rules. Open fires will no longer be allowed to be sold in EU member states. There will be tighter regulation of fertilisers, more fish protected by EU quotas in the Atlantic Ocean and North Sea, and a new law taxing pollution in China.

In the US, the Environmental Protection Agency is introducing various new standards. Any technician who wants to maintain, repair or dispose of appliances with HFCs will have to pass an exam, with the sale of HFCs restricted to certified outlets. The EPA estimates that the rules will reduce greenhouse gas emissions annually by 7.3m tonnes – roughly equivalent to taking 1.5m cars off the road a year.

The EU’s most ambitious financial reforms will mostly come into effect on Wednesday. The markets in financial instruments directive, consisting of 1.4m paragraphs of rules, is intended to protect investors and bring more transparency into trading.

Gibraltar will bring in a new licence for fintech firms using blockchain, the first attempt anywhere in the world to regulate the technology behind cryptocurrencies.

In Russia, a bill obliging operators of internet messengers to verify the identity of every user comes into force. The law requires users to register their phone numbers to use chat apps. It also requires chat apps to limit or suspend access to users suspected of spreading illegal content, as well as to send messages from government bodies if asked.

A new year typically means higher rail fares in Britain. This year, prices will rise by an average of 3.4% on Tuesday, well above inflation. Exasperated passengers are unlikely to welcome paying more for the delays, cancellations and undignified rush-hour overcrowding that blight many services.

Britain will get a new university regulator, the Office for Students, to oversee quality and standards, and decide which institutions deserve to call themselves universities and award degrees.

In sport, the 72 Football League clubs have agreed to try to increase the number of coaches and managers from minority groups by interviewing at least one BAME candidate for vacant posts. Fifa will begin monitoring international transfers in the women’s game.

‘A rolling walking stick’: why do so many disabled people cycle in Cambridge?