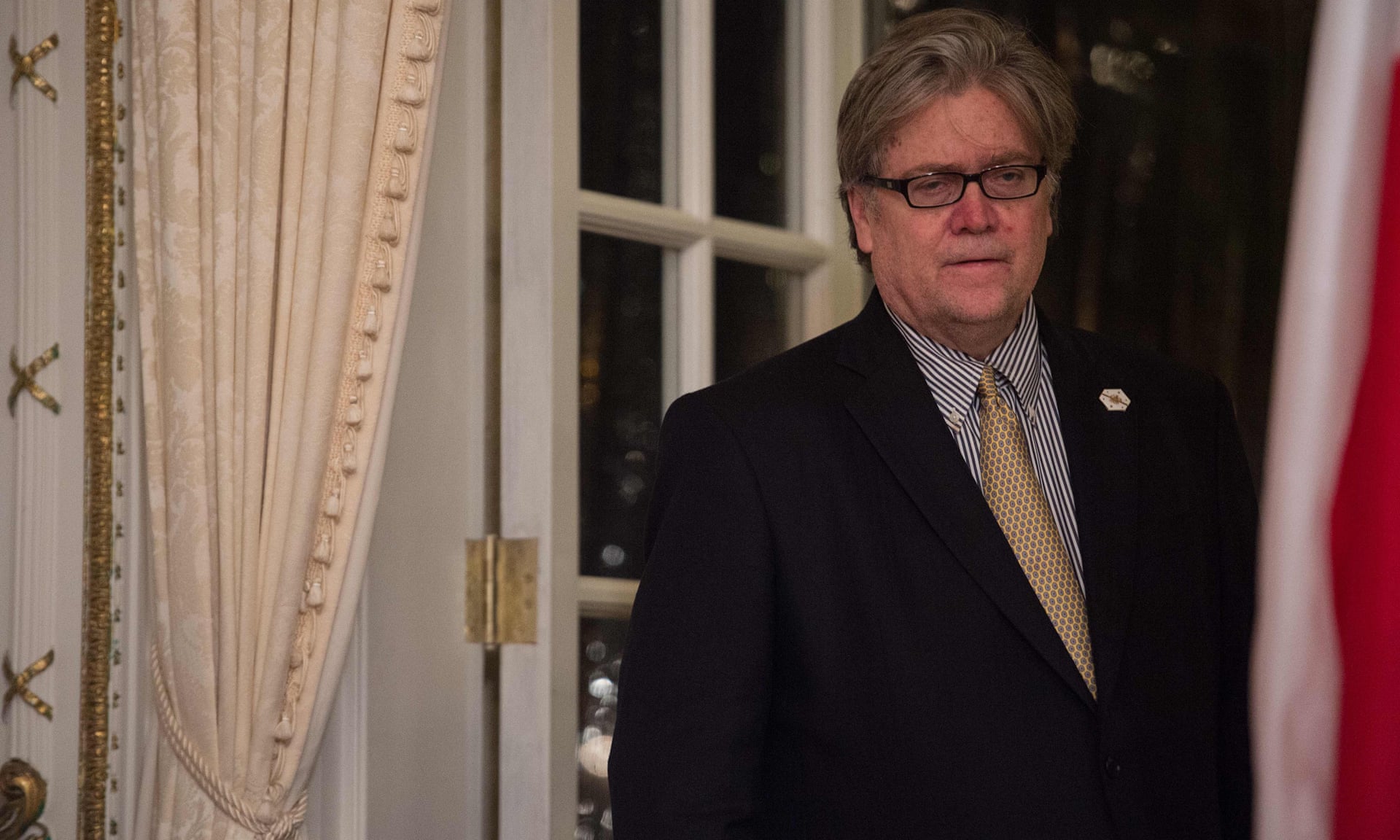 Steve Bannon on Sunday withdrew his allegation that Donald Trump Jr committed treason, as he expressed regret over his role in the controversy around an explosive book about the White House.

Related: Booked! Trump, staffers who cried Wolff and a week of fire and fury

The Guardian revealed last week that Bannon, formerly Trump’s chief strategist, said a Trump Tower meeting between Trump Jr and Russians during the 2016 presidential election campaign was “treasonous” and “unpatriotic”.

In his statement given to the Guardian and other outlets on Sunday, Bannon did not apologise for any of his remarks to the author Michael Wolff, which included strident criticisms of the president’s daughter, Ivanka Trump – whom he called “dumb as a brick” – and her husband, Jared Kushner.

But he said he should have been quicker to clarify that his remarks about the June 2016 meeting in Trump Tower referred to Trump’s then campaign chairman, who was also present.

“My comments were aimed at Paul Manafort, a seasoned campaign professional with experience and knowledge of how the Russians operate,” Bannon said. “He should have known they are duplicitous, cunning and not our friends. To reiterate, those comments were not aimed at Don Jr.”

Declaring Trump Jr to be “both a patriot and a good man”, Bannon added: “I regret that my delay in responding to the inaccurate reporting regarding Don Jr has diverted attention from the president’s historical accomplishments in the first year of his presidency.”

In the Wolff book, Bannon is also quoted as saying the inquiry into Russian election interference led by special counsel Robert Mueller would “crack Don Jr like an egg on national TV”.

Bannon issued his statement after coming under sharp criticism from Trump and his allies and losing the support of major Republican donors.

Following the publication of the remarks in Wolff’s book Fire and Fury: Inside the Trump White House, the president claimed Bannon had “lost his mind” when he was fired from the White House last summer. Trump also lambasted Bannon on Twitter as “Sloppy Steve” who “cried when he got fired and begged for his job” and “has been dumped like a dog by almost everyone”.

In an interview with CNN’s State of the Union on Sunday, Stephen Miller, a senior White House official, described Bannon’s statements as “grotesque” and “out of touch with reality”.

Trump Jr agreed to the meeting with Russians including Natalia Veselnitskaya, a well-connected lawyer, after being promised documents that would “incriminate” Hillary Clinton, his father’s Democratic opponent.

The meeting, which was also attended by Kushner, is being investigated by Mueller, who is looking into possible collusion between Trump’s campaign and Moscow during the election campaign.

Related: Fire and Fury: Inside the Trump White House review – tell-all burns all

“There was no collusion and the investigation is a witch hunt,” Bannon said. “I regret that my delay in responding to the inaccurate reporting regarding Don Jr has diverted attention from the president’s historical accomplishments in the first year of his presidency.”

The statement issued also contained an extraordinary explanation for Bannon’s remark that the Trump Tower meeting had been “treasonous, or unpatriotic, or bad shit”.

He said: “My comments about the meeting with Russian nationals came from my life experiences as a naval officer stationed aboard a destroyer whose main mission was to hunt Soviet submarines to my time at the Pentagon during the Reagan years, when our focus was the defeat of ‘the evil empire’, and to making films about Reagan’s war against the Soviets and Hillary Clinton’s involvement in selling uranium to them.”